The area of ​​the municipality of Modrica covers an area of ​​363 square kilometers being spread over three geographical areas, covering a smaller part of each of them:

The relief of the municipality consists of Vučjak (367m) and Trebava (644m), the valley of the river Bosna (106-103 m), and the Posavina plain (91-90 m above sea level.) Covering an area of ​​about 45 degrees north latitude and between 18 and the 19th degree of eastern longitude, the Modriča crosses the 45th central parallel.

It belongs to the zone of temperate continental climate with an average annual temperature of about 12.5 ° C and a rainfall of 850 liters per meter. During the year there are about 80 clear, 170 cloudy, and the rest are days with changeable weather conditions.

The municipality of Modriča is located in the northeastern part of the Republic of Srpska. From the geo-traffic point of view, it can be said that Modriča has a very favorable position since it intersects roads of regional, national and European importance. By realizing the planned, economic, tourist, cultural, and other urban contents, Modriča gained an enviable position in the region.

Good traffic connections and relatively good condition of the road network are the backbones of economic development. 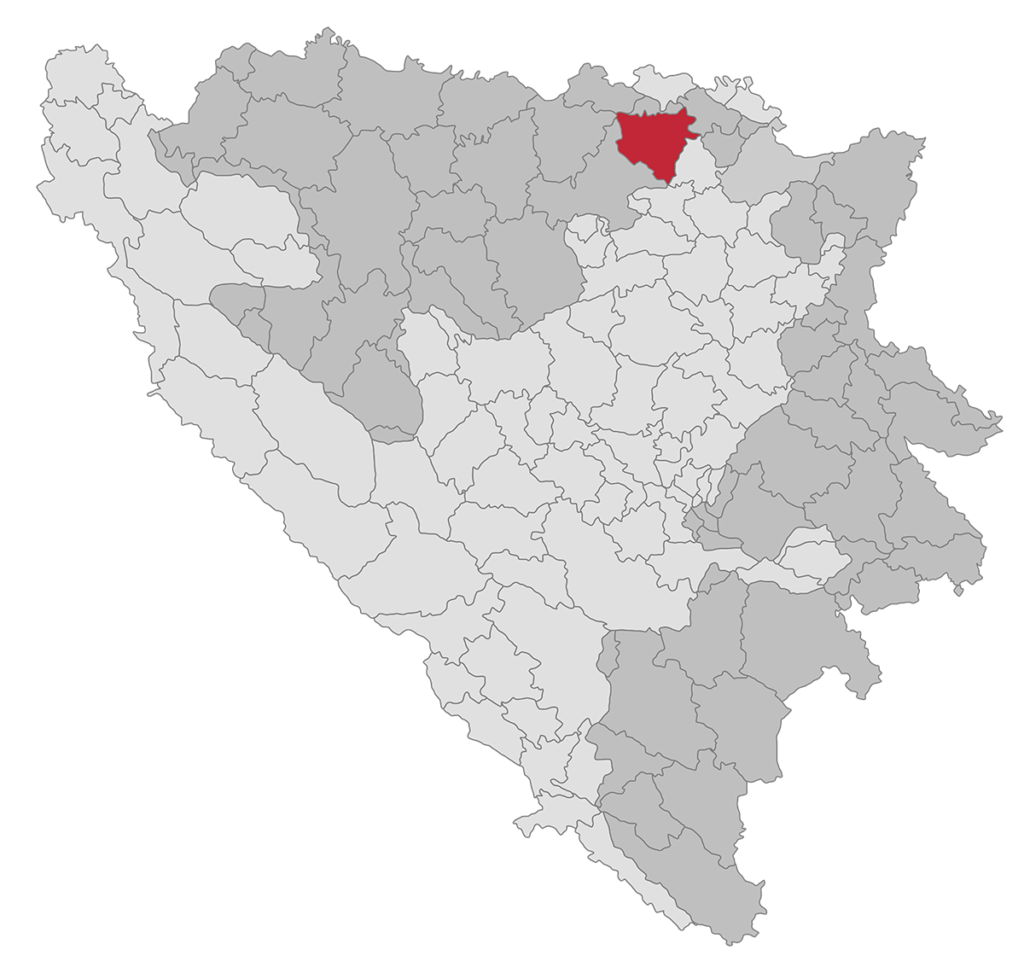 Modriča railway station has a total of 5 tracks (3 in traffic and 2 manipulative tracks), with a total length of 3.1 km. Currently, only freight traffic is performed by rail.

The coach station is right next to the train station. The station has 6 built-in platforms for arrivals and departures. From here, passengers are transported by suburban, intercity, national, and international lines. 102 coaches depart from the coach station daily from 06-22 h, with an average departure frequency of 15 min. The station features local and regional significance and meets current capacities. Since there is no public city transport, intra-city movements are performed by taxi vehicles.

Problems related to freight transport appear mainly because the street network is not adapted to these needs, both in terms of the geometric characteristics of streets and intersections, and the quality of the roads. The share of freight traffic in the total flow structure is 12%.

When it comes to postal traffic in the Republic of Srpska, there are 4 main postal centers: Banja Luka, Doboj, Bijeljina, and Foča. The municipality of Modriča belongs to the Doboj postal center, within which seven intercity transport lines have been organized. Delivery of postal items, being done through the units of the postal network, is implemented though the centralized mail delivery principle. Modriča has a city post office and 3 regional units (Miloševac, Vranjak and Koprivna).

The first written document on Modriča dates back from the 13th century and is the charter of the Hungarian King Bela IV in which Modriča is mentioned as a water source: “ns fons Modricha, ubi cadit in Boznam”, but all indications prove that it was a small water stream flowing into the river Bosna.

According to legends, Modriča was named after a small river whose water was blue and mountainous alike. That river is supposed to be river Dusa. According to other legends, the area bears the name of the old Slavic label for the blue color of both the sky and the distance, which can be noticed on the horizon rather than in the near distance (word blue translated on Bosnian means modrina – Modriča).

There is archaeological evidence of the presence of man in the area of ​​today’s Modriča municipality in the Paleolithic – the Old Stone Age. This is evidenced by the traces discovered at the Gradina location in the village of Dugo Polje above the valley of Bosnia.

Traces of ancient Neolithic farmers have been found in several places, including Kulište in Kruškovo Polje, Ždralovo brdo in the village of Kladari, Prljača, then in the villages of Vranjak, Kužnjača, Skugrić, Dugo Polje… There is a significant site with seven archeological layers from the metal age on Doborski Brijeg.

Traces of Old Slavic settlements can be found in several places in the municipality of Modriča. The Kotromanić charter from 1324 mentions the parish of Nenavište, which includes the settlements of Modriča and Jakeš.

Events that took place around the Dobor Fortress, were a sign of the end of Bosnian state independence. These were the conflicts with the Hungarians in 1393/94 and the slaughter of 170 Bosnian boyars on the ramparts of this fortress in 1408. These areas then became a cruel war zone during the intrusion of Turks, and in 1536 they conquered Dobor and Modriča. After the Turkish defeat at Vienna in 1683, this area became a border area for the next two centuries. In other words, this area was a zone of war, rebellion, devastation, and economic stagnation. During the Austro-Hungarian occupation, Modriča was classified as a town in 1897 totaling 66 towns in Bosnia and Herzegovina.

In the second half of the 19th century, economic and cultural-educational opportunities slowly improved. The memory of the existence of the school has been recorded, perhaps at the end of the 18th century, and in any case from the second half of the 19th century. Modriča is a source and promoter of schools in the surrounding rural settlements. In both world wars, as in the last war during the breakup of the former Yugoslavia, this area suffered great destruction with tragic human casualties.